“Clear-hearted in the golden air

But dark and full of silence were

The Stones of Stanton Drew”

What is Stanton Drew?

Described as ‘one of the wonders of megalithic Britain’, the Stanton Drew stone circles are a complex of megalithic stones in Somerset, England.

Alternatively known as ‘The Weddings at Stanton Drew’, the megalithic complex is considered to be one of the largest Neolithic monuments ever built.

Some facts and figures about Stanton Drew…

Why was it originally built?

Stanton Drew has been studied ever since John Aubrey visited in 1664, and various excavations and surveys have been undertaken since. As with most megalithic monuments, there is also some local folklore and legends.

Here’s some of the theories about the origins of Stanton Drew:

It represents a wedding party turned to stone, as they danced beyond midnight to the tune of the devil. This is a classic story also heard at other stone circles, and could perhaps have been introduced or amplified by the Church to encourage respect of the Sabbath.

It represents serpents turned to stone, according to another legend.

It was erected by giants… for example by Vincent, who was mourning the loss of his brother (and who also made Stonehenge and created the Avon Gorge) and by Hakill, who tossed the Quoit from the top of Maes Knoll, a hill to the west from Stanton Drew.

It was a ceremonial monument for social or religious gatherings. In the words of Aubrey Burl: “Midsummer processions and ceremonies maybe imagined, rituals by moonlight celebrated by hundreds of people from the countryside, assembling for reasons long forgotten but preserved silently in the stones themselves”.

It was a sacred place dedicated to funerary ritual.

It was erected as a trophy after one of King Arthur’s victories, with the nearby village of Camerley being Arthur’s Camelot.

It was a hunting arena, where spectators seated on the bank watched different communities competing and showing off their hunting skills; as suggested by Rupert Soskin.

It was a Druid university, with a layout that was based on the Pythagorean planetary system, with three of the circles corresponding to the solar, lunar and Earth cycles. This according to John Wood, the Elder, who surveyed the stones in 1740.

It was the largest calendar in England, and the earliest Neolithic comprehensive Sun and Moon calendar building in Britain; according to the book Stonehenge Sacred Symbolism.

It was a calendar based on the Planet Venus, or rather one of its stone circles was; according to a comprehensive account by a contributor to The Ley Hunter.

It was a place of geometric and/or astronomic association, similar to other ‘triple circle’ monuments, according to the website ancient-wisdom.com.

Of the above, the theories linking the stones with astronomical cycles or alignments sound like they’re onto something, but you’re welcome to choose your own favourite. Perhaps more than one will turn out to be true… it was a calendar built by giants, later used for ceremonies and gatherings…?

What about the pillar of fire?

The verse of poetry at the start of this article refers to the Stanton Drew stones as “dark and full of silence”. However, that hasn’t always been the case.

In Ancient Mysteries of Britain, there is an account of two people experiencing energy currents at the Stanton Drew stones, in the year 1981.

“Although the weather was dull there was no sign of a storm. Just at a moment when I was re-checking a bearing on one of the stones in that group, it was as if a powerful flash of lightning hit the stone, so the whole group was flood-lit, making them glow like molten gold in a furnace. Rooted to the spot – unable to move – I became profoundly awestruck, as dazzling radiations from above, caused the whole group of stones to pulsate with energy in a way that was terrifying. Before my eyes, it seemed the stones were enveloped in a moving pillar of fire – radiating light without heat – writhing upwards towards the heavens: on the other hand it was descending in a vivid spiral effect of various shades of colour – earthward. In fact the moving, flaring lights gyrating around the stones had joined the heavens with the earth”

The phenomena experienced by Major Menzies at Stanton Drew has been associated with the ‘fire-pillars’ of ancient Phoenician tradition and elsewhere [source]. Indeed, Sun worship and Bel-fire rites in early Britain were said to have been derived from the Phoenicians [source].

Alternatively, perhaps Major Menzies witnessed an electrical phenomena involving luminous plasma, something akin to St Elmo’s Fire? Could such phenomena have been more prevalent in ancient times, and might Major Menzies have been lucky enough to witness it at Stanton Drew?

Whatever the case, there’s not much to go on; we can but speculate.

Burl, A., A Guide to the Stone Circles of Britain, Ireland and Brittany.

Burnham, A (Ed), The Old Stones – A Field Guide to the Megalithic Sites of Britain and Ireland.

Strong, G. and others, Megalith – Studies in Stone.

Stanton Drew on the Megalithic Portal

Giant Tales: Goram and Vincent and the Origin of the Avon Gorge 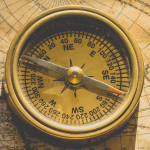